Why Mazdas are good cars

Mazda is an innovative brand 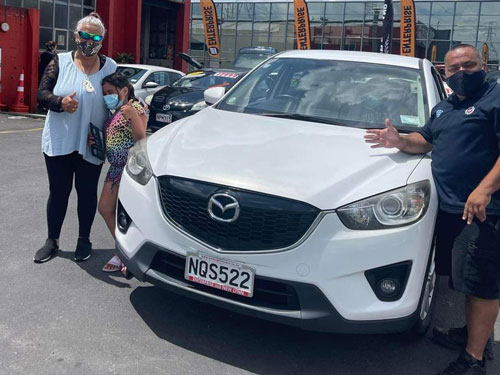 Mazda has a reputation for placing engineering and intelligent design first in its products, but it’s also different from many mainstream brands in being fiercely independent. It made nearly 1.2 million passenger vehicles in 2021, which sounds like a lot. But that only makes it the world’s 22nd largest maker, and what’s more it still makes most of its cars in Japan.

So buying a used Mazda means you are getting a real taste of the company’s automotive culture – what it sometimes calls that “challenger spirit” is evident even in relatively modest family models like the Mazda Demio or Mazda Axela hatch. That focus on engineering and innovation also means a used Mazda is likely to have features equivalent to much newer (or even new) cars from other brands.

Mazda had a partnership with Ford from the 1970s and at one stage Ford owned more than one-third of the company. While Ford helped with the business side of the company greatly, it’s significant that Mazda’s great family cars of the modern era – now models that are some our top sellers like the Mazda Axela sedan and Mazda Atenza – came about as the Japanese brand gained more independence again through the 2000s.

Those same models helped introduce yet another innovative package of performance/efficiency technologies, SkyActiv, from 2008 (with the second-generation Axela) through to the current generation of models.

SkyActiv was a ground-up rethink of how the company could make its cars lighter and more efficient, with new platforms and engines. And that means better fuel economy and driving characteristics.

That second-generation Axela has a SkyActiv engine, which brings substantial benefits in fuel economy alone; but from 2012 onwards Mazdas like the CX-5, Mazda2 and Mazda3 are all built completely around SkyActiv technology. 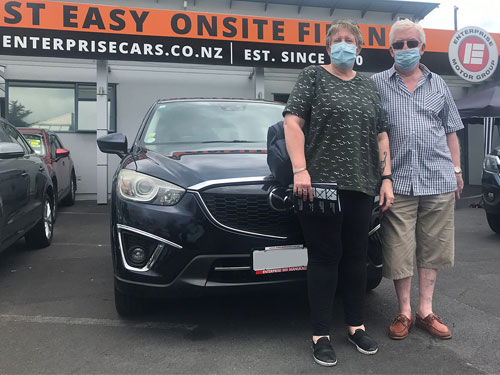 Japanese brands are usually known to be reliable choices for second hand buyers and Mazda is no exception. That’s surely no surprise either, given that it’s an engineering led company: it knows how to make efficient technology that really delivers over the long haul.

The independent ReliabilityIndex chart from Britain’s Warranty Direct puts Mazda in fifth place, right near the top of its list of 40 brands. The same study found that time off the road for routine repairs was very low by industry standards at under two hours per claim.

Britain’s Which? consumer report organisation also gives second hand Mazda models up to three years old five stars out of five, and vehicles up to eight years old four stars. This means they remain remarkably reliable and affordable to run even as they age, making Mazdas excellent used-car purchases.

For the record, ReliabilityIndex found that the three most reliable Mazda models were the MX-5, Mazda2 (also known as the Mazda Demio in NZ) and Mazda3 (Mazda Axela).

British-market Mazda models are quite similar to those we see in NZ; it’s worth noting that in 2021 Consumer Reports in the US found Mazda the most reliable brand on sale, ahead of Toyota, Lexus and Honda. 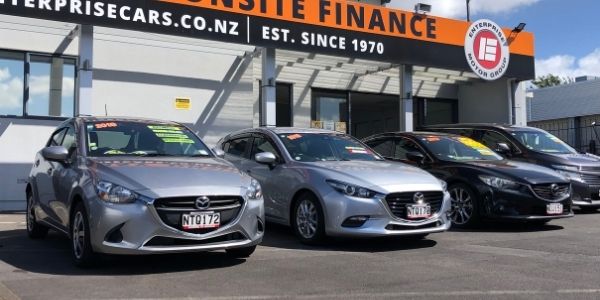 Our most popular Mazda models are “passenger” type vehicles: a Mazda hatch like Demio and Axela, or a Mazda sedan or wagon like the Atenza. The company knows how to build true appeal and desirability into a familiar format. These hatchbacks, sedans and wagons feel like a cut above.

The company took its time embracing the Sports Utility Vehicle phenomenon, but the Mazda SUV is now a real force in the used market. Earlier models like the CX-7 (2006 – 2012) and first-generation CX-9 (2006 – 2015) were full of character, but the CX-5 medium SUV really put the spotlight on Mazda’s crossover / SUV models. It was the first Mazda to include the full suite of SkyActiv technology. The CX-5 is now in its second generation and has proven to be a sought-after model in whatever iteration. It offers a good choice of petrol and diesel engines, with FWD and AWD drivetrains to suit different buyer needs.

While the CX-5 remains a hero model for the Mazda SUV lineup, it’s since been joined by a number of other very accomplished models. The compact CX-3 came along in 2014, then the stylish new second-generation CX-9 (2016) and finally the CX-30 coupe-style small-medium SUV (2019). All use Mazda’s proprietary SkyActiv technology (read more on this above).

The availability of these SUVs models varies according to how long they have been on the market (the CX-5 being the most plentiful), but they all represent compelling quality and value for the second hand Mazda buyer.