Took a Cruze and returned a Commodore - Enterprise Motor Group

Took a Cruze and returned a Commodore 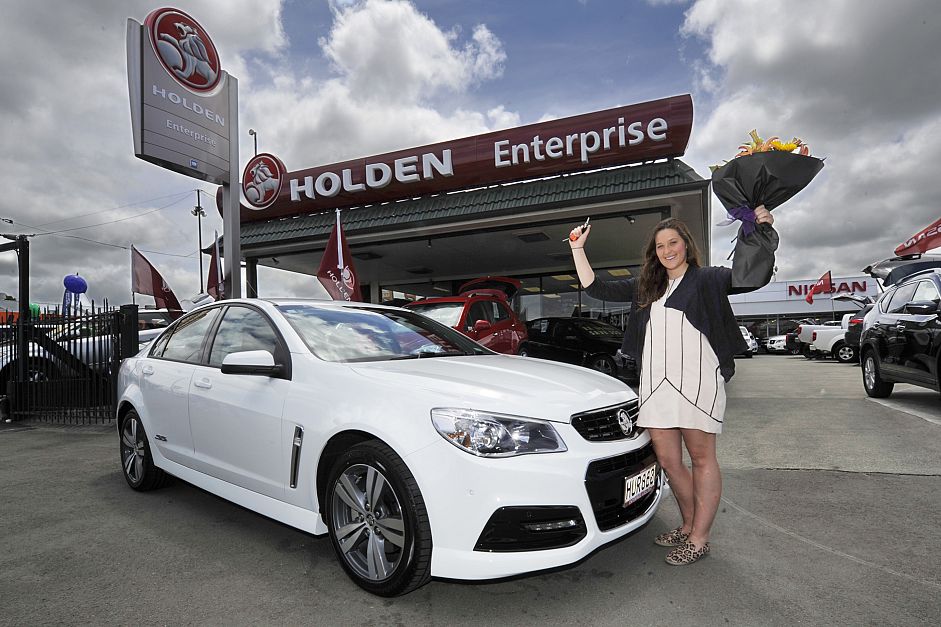 24 December 2014 – When a Gisborne dad bought his daughter a Holden Cruze in last month, he could hardly have expected her to hand him a brand new top-of-the-line V8 in return.

But that is exactly what second-year law and management student Sarah Cranswick did when she found she was one of the six winners in the promotional draw to celebrate 60 years of Holden cars in New Zealand.

Miss Cranswick was entered into the draw after she took delivery of the Cruze. Up for grabs were six models of Holden – Barina, Trax, Captiva, Colorado, Cruze and Commodore.

“The Commodore is one of the top of the range among the prize cars,” said Enterprise new vehicles manager Steven Shields.

“The competition was nationwide so it is good that Gisborne has a winner.”

– Picture and content by Paul Rickard from Gisborne Herald